Nihonbashi, an area that flourished as the center of Japan since the Edo period and that is starting to shine anew through the Nihonbashi Renaissance Project

Nihonbashi witnessed all ages as the center of Japan and the origin of development.

Kilometer Zero of the former Tokyo City Looking toward Nihonbashi Muromachi Nihonbashi Bridge was built in 1603 upon the establishment of the Edo (or Tokugawa) shogunate. In the following year, the shogunate promoted the development of roads across the nation and established the Tokaido, Nakasendo, Koshu Kaido, Oshu Kaido, and Nikko Kaido as the Five Routes. Nihonbashi Bridge was designated the starting point of these major roads and became the strategic hub for transportation in the country as shown in a senryu, “The general manager of roads is Nihonbashi.”

According to the Gofunai Biko, a geographical book compiled by the Edo shogunate, “the name of the bridge crowned with Nihon (Japan) was established because it was located in the center of Edo, and the distances to all feudal domains were measured from here.”

Every day, so many people crossed the bridge that they could not even see their feet. At the north end of the bridge, a fish market conducted transactions worth millions of yen each day. At the south end of the bridge, an official bulletin board called Kosatsuba was located, and at the place where the current head office of the Bank of Japan is located, there was a gold mint.

Thus, Nihonbashi Bridge and the surrounding area constituted the hub of all urban functions, including logistics and the economy. At the time, the bridge was made of wood and had burned down many times because of the frequent fires in Edo.
Every time it burned down, the bridge was rebuilt -- the current bridge is the nineteenth.

City improvements in 1903 transformed Nihonbashi Bridge into a stone bridge because of the need for a wider, stronger bridge to accommodate the opening of streetcar service and disaster prevention. The new bridge completed in 1911 was an
arched Renaissance stone bridge and the name sign was written by Tokugawa Yoshinobu, the last shogun of the Tokugawa shogunate.

The bronze qilin on the handrail symbolizes the prosperity of Tokyo and the lion holding the symbol of Tokyo symbolizes the dignity and protection of the city. The bridge survived the Great Kanto earthquake and war damage and is now known as an architectural masterpiece of the Meiji period.

The bridge was designated an important cultural property in 1999 as the first of its kind among currently in service national road bridges. In the place where the kilometer zero of Tokyo city used to be located, the Kilometer Zero of Japan written by Eisaku Sato is installed, which continues to play an important role as the starting point of the road network of Japan. 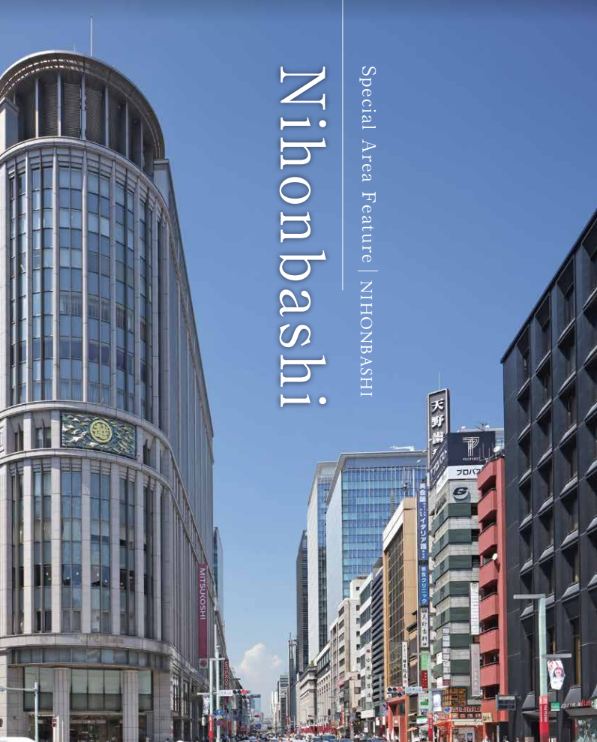